From smoking volcanoes to towering ancient temples carved from stone, there’s much to see and do in Java that you might not know about. Here are some reasons to visit Java!

Nobody really talks about Java as a whole. People know more about Javascript than Indonesia’s Java island. We like to focus on the smaller places; places that matter most to us — namely the tourist and shopping hotspots of Indonesia. The hype around key areas like Bali and Lombok are warranted, true, but that doesn’t mean there aren’t things to hype up in Java.

You like breathtaking ancient temples? Java’s got it! You prefer bustling cityscapes instead of nature? Java’s got you covered, too! Dare to stand on the edge of an active volcano crater? Java will put you to the test! The next time you’re making travel plans, be sure to keep these things in mind about Java! 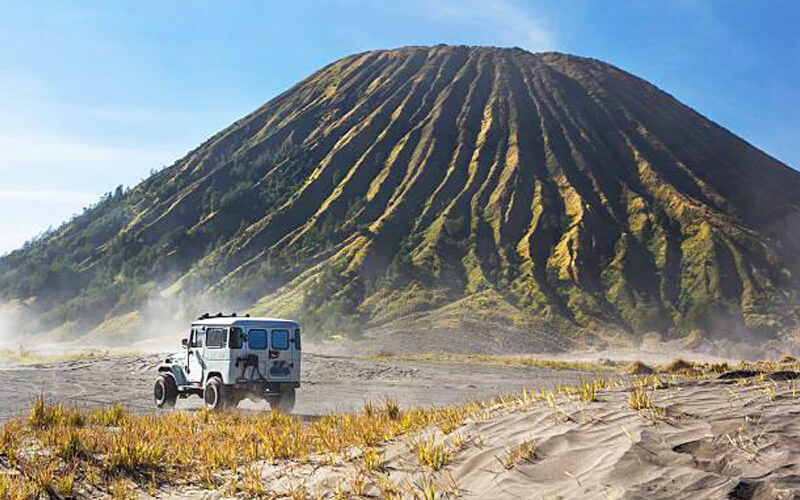 If you’re looking for somewhere to take in fresh air, rolling green hill, and breathtaking panoramic views — with a bit of a daredevil edge — then Mount Bromo is the place to go. With a sprawling view of Tengger Massif, this Instagram-worthy volcano crater keeps you on your toes with its idly smoking top and lush greenery. Though it’s known as an “active” volcano, there really is little to fear when you’re taking a trek up to the top. Mount Bromo has been mostly dormant in recent years, but that doesn’t stop it from puffing out cool plumes of dark smoke against the backdrop of blue skies.

Think you’re ready to fall in lava with Java’s breathtaking scenery? Grab this deal on Fave and get a hotel stay alongside your Mount Bromo tour!

Keeping with the trend of geological formations and wonders of Java, the Ijen Crater should be the next destination on your list. Again, if you’re a sucker for beautiful scenery and a glutton for punishment when it comes to getting in a workout, then this is a place to check out. Tourists and locals alike flock to this site to take in the “Blue Flame”; a natural occurrence of sulphuric gas combustion that glimmers over the stones in electric blue. 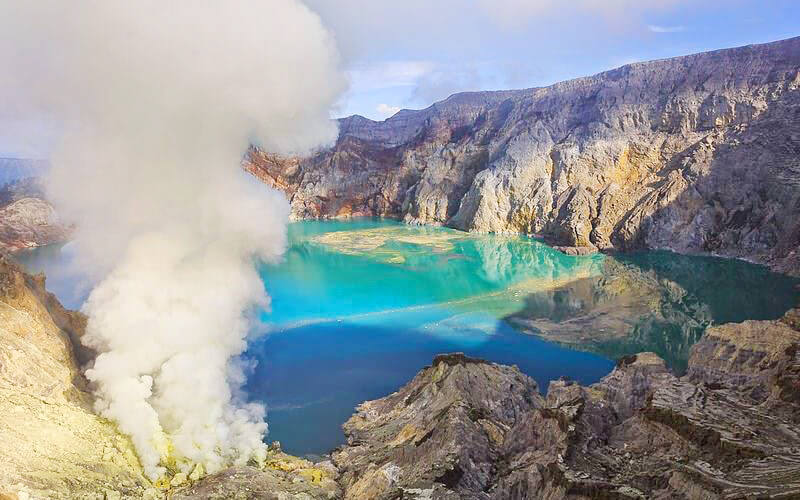 Seeing is believing, and when you grab this Fave travel package, you can witness the marvel of Mount Ijen for yourself!

For those of you who prefer your nature behind glass and television screens, Java has sites for you to visit, too!

With a bustling city like Bandung in its midst, this shopping destination isn’t one to miss. Though it is a relatively nondescript city, Bandung offers up an abundance of factory outlets, with a certain speciality in denim goods. So if you’re looking for a hookup for your new pair of jeans or denim jacket, Bandung’s the place to go.

Nestled within Bandung is also the White Crater Lake. With its acidic iridescent lake waters and chalk white sand, this crater lake stands out among the dense forest and mountain terrain surrounding it. 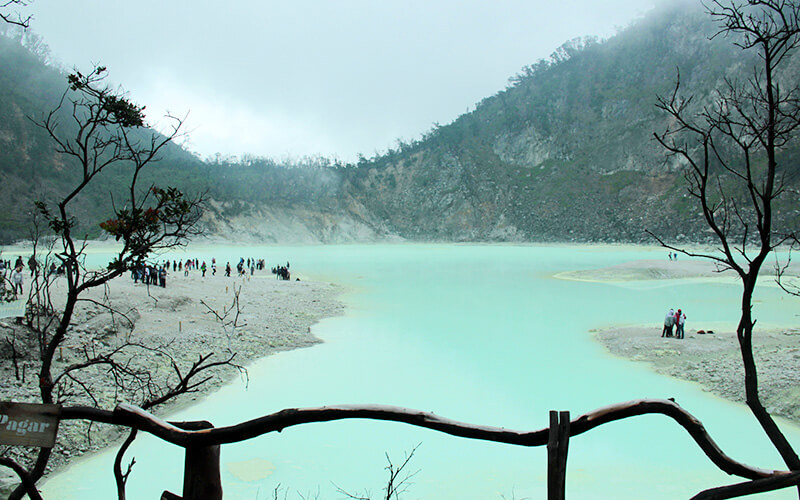 Bundle up and venture over to White Crater Lake, and explore the rest of Bandung for your next holiday trip. Check out The Sari Ater hot springs, Mount Patuha, and more!

Another locale that offers an experience in textiles, Yogyakarta is known for both its sprawling countryside scenery and its expertise in batik-making. Crafted with the traditional methods of dripping wax into intricate patterns and designs onto fabric, these are ideal as souvenirs for your friends and family, or just as memorabilia from your trip.

Yogyakarta also has idyllic locales like Timang Beach, Pangandaran, and Goa Jomblang for those of you who still like a little bit of beach strolling and countryside exploration. If you’re even more of a daredevil, then check out the looming Mount Merapi nearby. 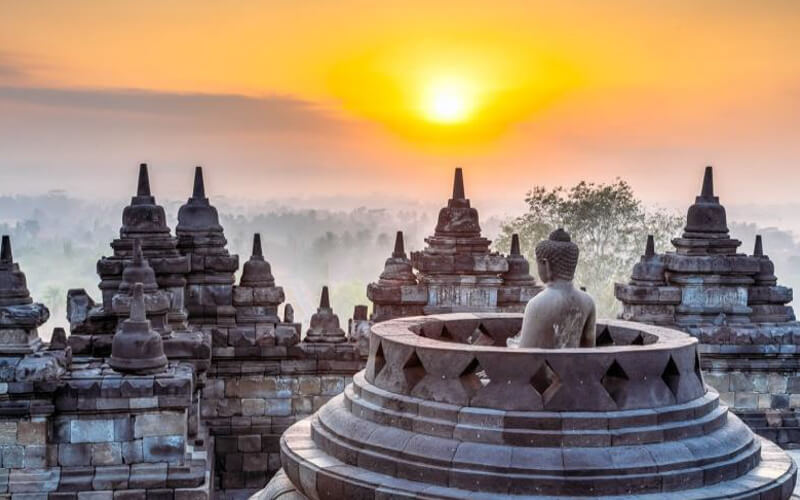 Known as one of the most famous attractions in Indonesia, Borobudur Temple is a large and sprawling Buddhist temple complex located within Central Java. Outside of being a UNESCO World Heritage Site, this towering relic of ancient times is also the largest and most complete ensemble of Buddhist reliefs in the world (according to Wikipedia, at least). Borobudur boasts over 70 sculpted Buddha figures, dating as far back as the 9th century, and guests that visit can climb atop its plateau and marvel at the scenery around the temple. 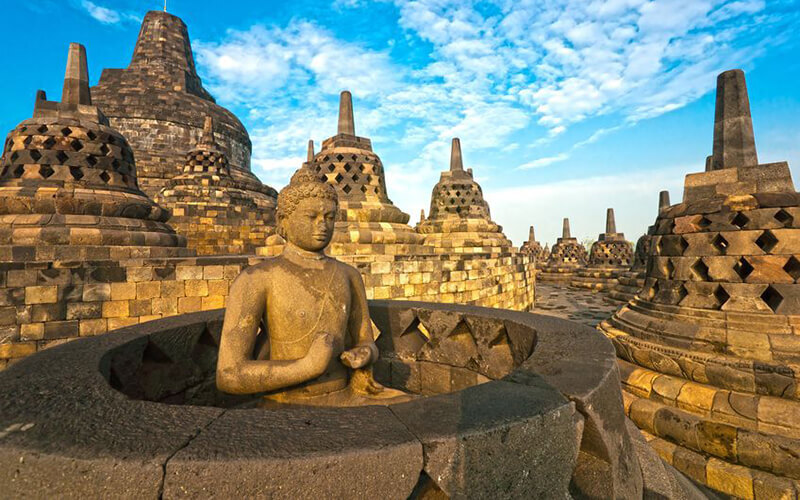 Now that you’ve got a taste of Java, you might have an idea of where to visit on your next holiday. So check out our collection of Indonesia travel packages and book your trip today!